Kraków (Cracovia) was established in VII century by a legendary duke Krak. In the X century the settlement was already well developed. The town of Kraków was located on Magdeburg Law in XIII century. Since mid of XI century till the end of XVI century Kraków was a seat of Polish kings. In this period the city has been greatly developed. It became a major cultural and academic center of Central Europe. The historic centre of Cracow has been inscribed in the UNESCO World Heritage list as „one of the most outstanding examples of European urban planning, characterized by the harmonious development and accumulation of elements representing all architectural styles from the early Romanesque phase up to Modernism.” Modern Krakow, the capital of the Lesser Poland (Małopolska) region, is one of the major academic and cultural centers of Poland. It is the most popular tourist destination in the country with very good infrastructure and numerous activities. A „must see” attraction is a visit to a close by historical salt mine Wieliczka, yet another UNESCO World Heritage site. Wieliczka Salt Mine is the only mining site in the world functioning continuously since Middle Ages. Around 100 km south of Kraków, at the border with Slovakia, there are the Tatra Mountains. The area is well known for winter sports and mountaineering.

The Conference site is located 2 km from the city centre, in the campus of the AGH University of Science and Technology at the Faculty of Physics and Applied Computer Science, building D-10. The D-10 building is shown in the map. The Faculty has a long tradition in nuclear technology research and development as well as in teaching. More information about the Faculty, its present research profile and teaching programs can be found there:

The AGH University of Science and Technology belongs to the group of the most highly ranked Polish Universities. It is attended by about 33000 students taught by more than 2000 academic staff. In terms of the number of students it is the second in size in Kraków, after Jagiellonian University. More details about the AGH-UST can be found there:

AGH University of Science and Technology 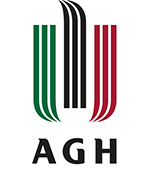 AGH University of Science and Technology

Faculty of Energy and Fuels

Fundation for AGH University of Science and Technology

Institute of Nuclear Chemistry and Technology 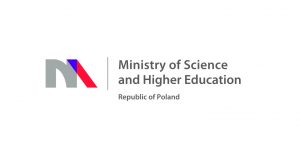 Ministry of Science and Higher Education